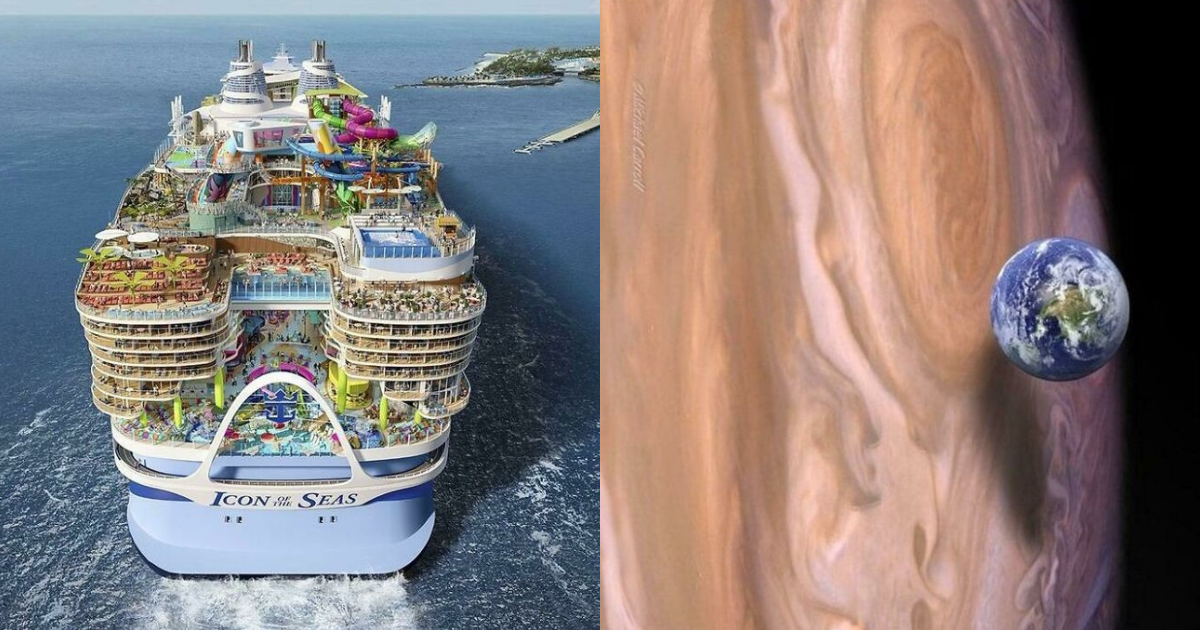 There are many phobias out there, like nomophobia, which is an irrational fear of not having a cell phone, and xanthophobia, which is a fear of the color yellow. Now, we’re going to look into the minds of megaphobes, who are afraid of big things like skyscrapers and jumbo jets.

This fear is called megalophobia, and there is a whole section of Reddit where people share examples of it. The group’s description says, “A place to post pictures of all things big, especially ones that are “triggers” for people with megalophobia.”

#2 Angel Oak, The Oldest Tree East Of The Mississippi

#3 A Towering Thunderstorm As Seen At 37000ft Over Panama

#5 “Duga” was a Soviet anti-ballistic missile early-warning radar. It interfered with radio signals halfway around the world.

#6 Inside Of A Windmill

#8 The largest bug that has ever been seen. The Arthropleura millipede lived before dinosaurs and could get as big as 100 pounds..

#11 Ft Iceberg Floating by a Small Town in the Canadian Province of Newfoundland. Gives Me The Heebie Jeebies

#13 A Blanket Of Mammatus Clouds Dwarfing A Plane

#15 Quetzalcoatlus was as tall as a giraffe and was the largest animal ever known to fly. Picture this coming at you.