Home More History 20 Then And Now Photos Of Random Places That Have Changed A... 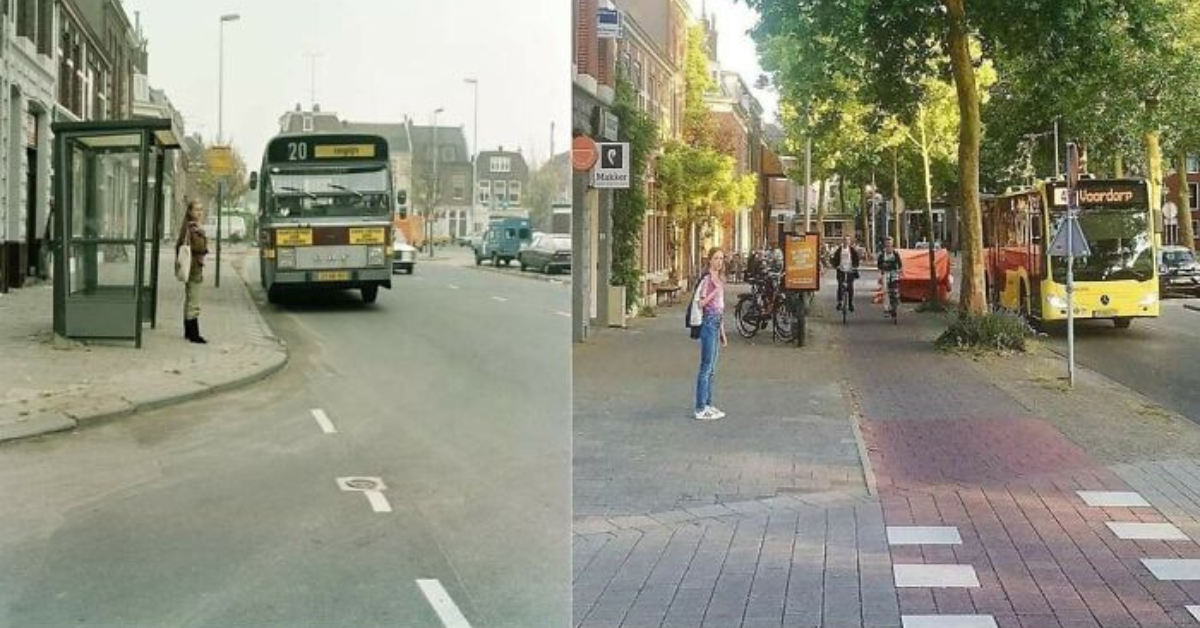 Most things change over time, for good or bad. Nothing stays the same. That is the fundamental rule of nature. However, some things stand the test of time better than others, and it’s fascinating to see the contrast between old and new photos of the same place, taken years apart. The Old Photos in Real Life subreddit has a large collection of such photos. Shared “then-and-now” photos with side-by-side comparisons show how some things change over time and others stay the same. Take a look at some of the most amazing posts in the gallery below.

# 5 This is a wonderful 1915 Pasadena Craftsman in Bunglsow Heaven that I had the pleasure of purchasing and restoring a few years ago. Although this home was only 950 square feet, it took almost 2 years to complete the renovations due to working with the historical society and the City of Pasadena granting approval.

#6 Borodyanka, Ukraine – Before The War And Today

#9 Hiking On The Faroes Guided By The Old Cairns

#11 Nickelodeon Studios In The 90’s vs. The Same Building Today

#14 For the first time in 76 years, WWII veteran Robert White is near where he landed after jumping into Germany in March 1945. He was a paratrooper with the 17th Airborne Division.

#16 The Lincoln Memorial In 1920 Before The Reflecting Pool Was Built.

#17 The Mahabodhi Temple At Bodh Gaya, India, As Seen From A Second Century Plaque And How It Looks Like Today