Home Inspiration Parenting 30 Signs That Your Relationship Is Doomed, As Suggested by Members of... 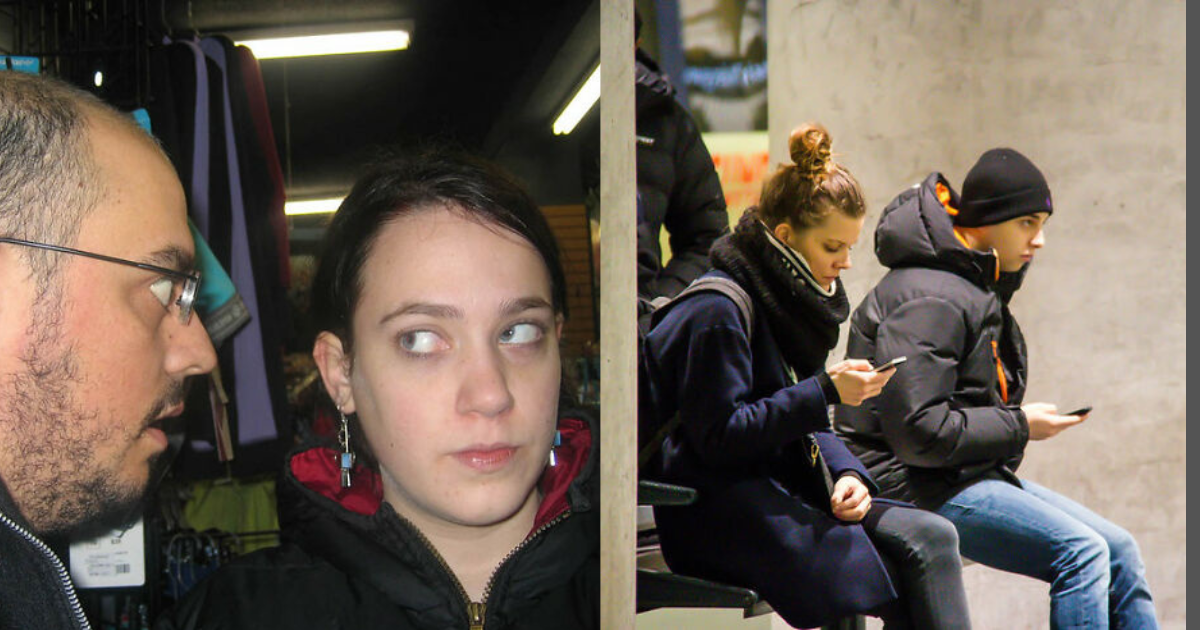 It’s really too bad when a relationship doesn’t last forever. Even though a lot of it depends on how the people in a relationship play their cards, sometimes the end is inevitable because there isn’t any chemistry, someone gave up halfway, or the two can’t agree on which side the toilet paper roll should be hung on the holder.

No matter what the reason is, it does happen sometimes. The AskReddit community has been listing key signs that a relationship is over, and the post has gotten over 20,000 upvotes and nearly 4,000 comments.

Here are the best answers that people shared in the viral post.

I can think of a few off the top of my head… The sight of them does nothing for you. When they send a text or call, you roll your eyes. You try not to get near them. You can’t even talk to them because everything they say is annoying.

You really don’t care about what they are doing or what they have to say. You start to imagine what your life would be like without them, and it makes you smile. Just to give a few examples.

If you can only relax and be yourself when they aren’t around, crushing you with their silent judgment and disapproval, it’s way past the expiration date.

From my own experience, the biggest sign is when tensions should be high, you should be upset or fighting, but you just don’t care anymore.

You’ve hidden how you really feel about them for so long that now everything they do or say makes you angry lol. Oops

When you turn the corner on your way home and see her car in the driveway. You feel sad because you know that as soon as you walk in the door, she’ll start talking trash to you again.

When just thinking about being near them makes you nervous. Not just “I hope I don’t look like a fool in front of them” anxiety, but a deep, instinctual fear of fight or flight.

When no matter how hard you try, you just can’t trust them again.

You used to think their little quirks and habits were cute, but now they’re just annoying as hell.

You have a major event, but they are not the first person you contact.

I was in a car accident around 5 a.m., but I didn’t bother calling my now-ex because he wasn’t useful. Instead, I called the people who were important.

When you realize you don’t want the best for her/him, but you also don’t want to hurt her/him. You’re just not interested in making something better with her/him.

You’re both seeing the same person when you’re together.

When texting them stops making you happy and starts to be a chore,

When you check AskReddit to find out if sexting is cheating

when you can’t see yourself with them in the future.

When you often find yourself lying. When you don’t show them who you really are, it’s because you don’t want to fight with them or let them down.

Oh, and when you don’t want to f**k each other anymore.

After being apart for a while, you notice that your partner doesn’t miss you (or vice versa). If you haven’t seen or talked to your partner in two weeks or more and they don’t feel like they need to, then the relationship is over.

When everyone and everything in your life is controlled right down to the smallest details.

Relationships take a lot of work when you find differences that can’t be solved. There will be times when you don’t want to be together, or when you’re not in sync sexually, or whatever. You need to talk about these things, and your relationship will be better for it. Differences in morals, beliefs and other things like that would be a red flag for me.

When you get home from work and find that no one is there and 90% of the things in the house are gone.

Even though you’re in the same room, it feels like the other person isn’t there and that their mind and heart are somewhere else.

I asked my boss over and over to send me on business trips.

When you don’t care anymore if they ate or not all day.

Contempt. In college, I took a class on marriage and family, and the teacher said that this was one of the biggest signs that things should end. And I’ve been there for sure.

There’s a voice in your head that says, “You know it’s over.” This has happened to me every time a relationship has ended. Sometimes you fight it, sometimes you don’t. But in the end, the voice is always right.

(S) he’s just a friend; don’t be concerned about him” –spends more time with a friend than a partner.

When you can’t help but think about how different you are.

When you lie or makeup reasons why you can’t be with them.

When someone says the name of your SO and you sigh or grimace.

When spending time isn’t something you look forward to and long for, but rather something you have to work at thinking about and planning. I know that’s how it was for me. She stopped being the reason why I had a schedule and instead became a block in it.

When one of you always pulls out your phone when you’re with the other, you can’t find a comfortable moment of silence to enjoy the fact that you’re both there.