Home Creativity A Three-Year-Old Dressed Up As Famous Powerful Women To Keep Herself Occupied... 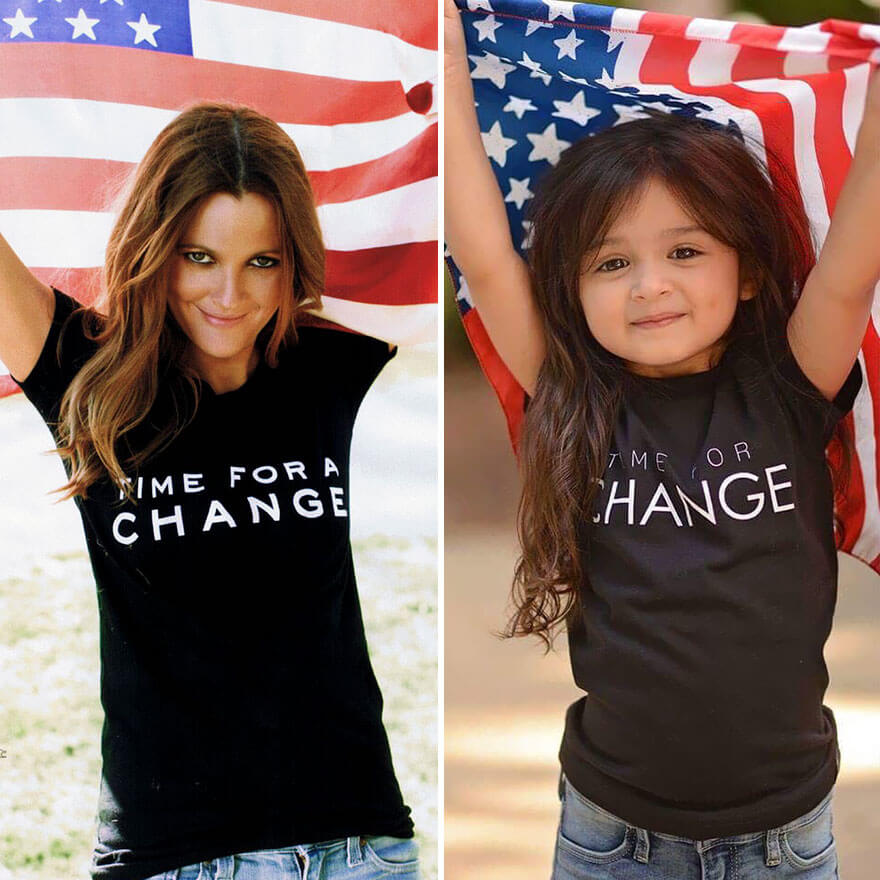 Scout is a three-year-old girl who began a photography project that has captured the hearts of many people online and around the world. Scout’s grandmother, whom she affectionately refers to as “Nonnie,” was diagnosed with breast cancer. The family was looking for ways to keep their minds occupied during this trying time.
Scout became concerned when Nonnie’s hair began to fall out, and her mother decided she needed to distract her mind while also teaching her that women are fighters! They collaborated on the Famous & Fierce Women photo series to demonstrate the strength of women. They came up with a list of powerful women to shoot, and Scout learned a little bit about them all along the way. After that, they decided which photo to take and replicate, and the entire project took just under a year to complete, during which time they went through the diagnosis, treatment, and mastectomy surgery.
Nonnie was diagnosed with breast cancer in April 2016, and she underwent six intense chemotherapy treatments from June to September of that year. When she regained her strength, she discovered she would require a double mastectomy.
Her difficult case Nonnie had shown Scout how strong a woman can be, so they just kept shooting and shooting. They planned to make a picture book once everything was finished so that both Nonnie and Scout could look at it with pride. They made sure to include some of Nonnie’s favorite people, such as Ellen, while Scout decided to include some of her Disney heroes as well.

# 3 HERE IS NONNIE AND SCOUT

9. ELLEN DEGENERES AND SCOUT – MY FAVORITE PICTURE OF THE PROJECT FOR SURE

11. NONNIE AND SCOUT ONCE AGAIN

17. NONNIE AND SCOUT BLACK AND WHITE