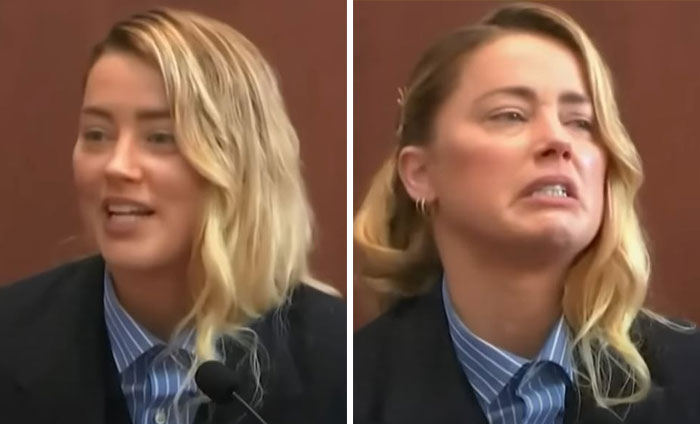 Communication is important in our daily lives; we use words to express our fear, anger, happiness, sadness, and, possibly, disgust. It is the foundation of human interaction. Our lives would have been much more boring without communication, and we would never have been able to read people’s emotions. However, there is an unspoken but fascinating aspect to our communication: our body language. Every little movement we make, our facial expressions, voice tones, and so on, can allow our peers to delve deeper into our inner emotions.

Many people are aware of the ongoing defamation trial between Johnny Depp and Amber Heard. The case is still the most talked about topic on the internet, but for those who have been living under a rock, Depp is suing Heard for $50 million over an op-ed she wrote for the Washington Post in 2018.
Every supporter wants to know the truth, so Janine Driver, a body language expert, took matters into her own hands and analyzed Amber Heard’s recent testimony.

Janine Driver is an award-winning speaker and New York Times best-selling author. The woman spent over 16 years as a federal law enforcement officer before deciding to share her “people-reading” abilities with the rest of the world. Driver has previously investigated the physical behavior of both Johnny Depp and Amber Heard; however, Court TV invited her to share her thoughts on Amber Heard’s recent testimony.

Gestured signals are critical because they can help determine a person’s true emotions.

Whether you believe in the body language phenomenon or not, it is difficult to understand what is hidden behind a masked individual. There are many misconceptions about the people-reading process. For example, each country has its own set of gestures and mannerisms, so what appears to be a misleading body signal to you may be completely normal to someone from another culture.

Nonetheless, the entire world is watching the seemingly never-ending trial of Johnny Depp and Amber Heard. The couple has a troubled history together, and their fans are hoping that this lawsuit will clear the air and allow the ex-lovers to finally move on from such an exhausting period of their lives.

Janine Driver begins her analysis by examining Heard’s first statement; at the start, the actress shared her thoughts on the lawsuit and even mentioned that this process is the most “painful and difficult” thing she’s ever gone through – Driver says that at the end of that sentence, Amber has sucked in her lip, sort of replicating a similar motion that we did when we sucked our thumbs, revealing that it’s a comforting gesture.

Amber Heard, according to the body language expert, uses a lot of start-stop sentences, implying that she is deceptive.

Amber’s testimony also has a lot of start-stop sentences, which is a problem. According to the body language expert, this type of structure is consistent with someone who is deceiving. The woman also mentioned that Heard’s “percentages” are off, which basically means that she’s very talkative at first, but then she doesn’t say anything about the incident. For example, Driver brought up the infamous case of Jussie Smollett, who staged a hate crime in Chicago in 2019. His percentages matched Amber’s, and they both provided a lot of irrelevant information.

Janine claims that liars frequently give a lot of truthful information at the start to distract people from the actual events. When Amber Heard started talking about the attack, she got to about 15%, when it should’ve been at least 50%, which is why body language experts say she’s simply stacking the deck.

Janine Driver mentions that Heard dropped a pronoun when speaking about her ex-husband, implying that the information is false

Furthermore, the expert examined her actual statement. When the actress was discussing the attack, she said “he slapped me” – but Janine encouraged everyone to re-listen to the clip because Amber actually drops the pronoun and says “slapped me” instead. According to the body language expert, dropping or changing pronouns indicates that the individual is deceptive. Furthermore, Heard is guilty of changing her tenses, which is a common mistake made by those who make up stories on the fly.

However, when Heard made a statement about one of Depp’s disparaging remarks, the expert believed it to be true.

The following section of the analysis focused on Amber Heard’s description of one of Depp’s comments that made her feel “dirty.” The professional believes that this part is accurate; she claims that when Heard speaks about the unpleasant remarks made by her former husband, her upper lip raises, indicating disgust and that her overall body language and voice tone are consistent. The problem is that when she talks about the attack, her body language and story aren’t in sync

Furthermore, the actress was seen holding her nose up high, and Driver stated that doing so conveys confidence, superiority, arrogance, and indignation. These characteristics are completely inappropriate for an abused woman, implying that it is pure arrogance..

According to the specialist, Depp kept his head down in order to “alleviate that negative feeling.

During Heard’s testimony, Johnny’s head was turned away from the table, and he never made eye contact with his former partner. According to Janine Driver, the actor does it to alleviate negative feelings. Furthermore, the body language expert stated that people who break eye contact are usually abused.

Victims frequently avoid making direct eye contact. Janine revealed that many people have this common misconception about eye avoidance, believing that the person is deceiving them. When people do this, it’s usually because they don’t want to listen to the person’s “obnoxious,” as Janine put it, conversation.

The defamation case is far from over, and we haven’t heard all of the details about the Depp-Heard relationship, but what are your thoughts on the situation so far? Do you agree with the body language expert’s assessment?

You can watch the full interview here:

Meet Moo, A Cute Dachshund Whose Body Looks Like That Of...

26 Bedroom Photographs of Americans Allow Us A Peek Into Their...