Home Inspiration Dad Returns From Prison After 22 Years And Goes Viral After Daughter... 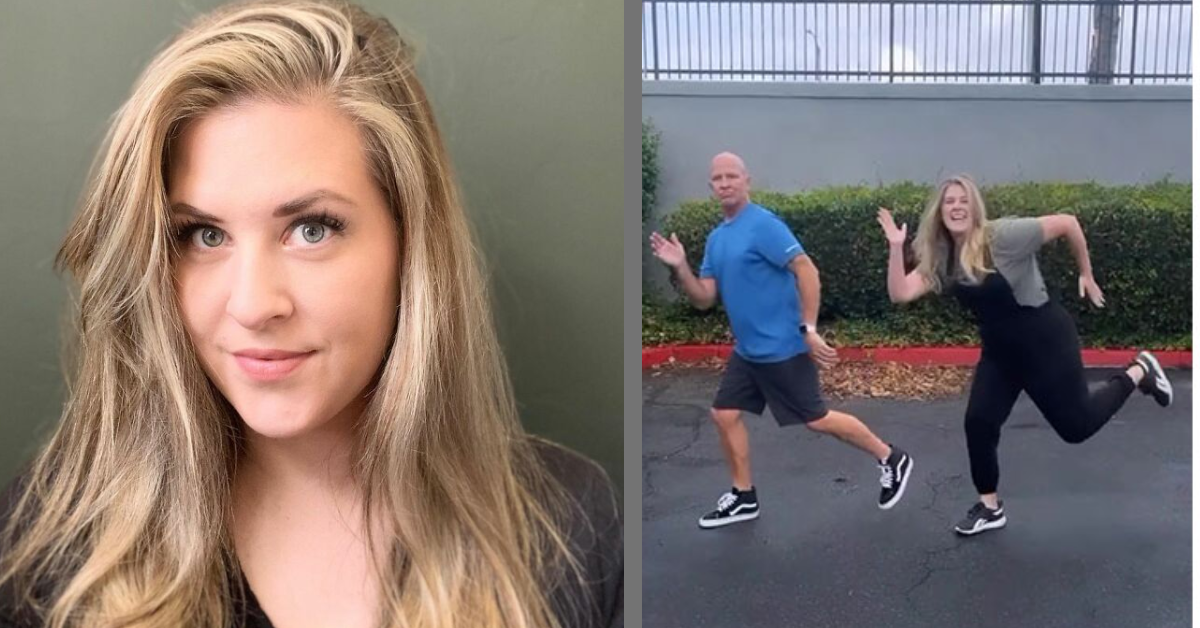 No matter how hard some people try to plan and control their lives, the unthinkable can happen and change the entire course of events, changing the lives of so many people. This is what happened to Justine Lorance Tuckett, a dance fitness instructor. Bill Lorance, her father, was released from prison after 22 years and reunited with his family. The father-daughter duo went viral after Justine shared a video of them dancing and enjoying each other’s company after years apart on TikTok.

Justine, a dance fitness instructor, decided to share a video of herself dancing with her recently released father.

The viral video, which has received 16.5 million views, not only showed the father and daughter dancing together, but also revealed that Bill had been released from prison after 22 years. People began to ask questions about Bill’s past and how their family had managed to get through it all. Justine and her father decided to openly share their experiences and answer some of the questions that the audience had for them on Justine’s Instagram account after seeing how much interest there was in their family situation.

Her dad spent 22 years there and now is reunited with his family, ready to make up for the lost time with his kids

The dance video’s concept was shared by the daughter. Her father wanted to do something with his children after he was released from prison (he also has a son named Jonathan). So he decided to do something that each of his children enjoyed, and Justine chose dancing because she is a dance instructor herself. The woman stated in the video that they “were just happy to see each other” and that they didn’t intend to do anything other than spend time together and enjoy it as much as possible.

They both believe that people who make poor decisions should be given a second chance to improve.

Justine’s mother made sure that she and her brother kept in touch with their father through phone calls and letters over the years.

Many people became interested in their family situation, and they were divided into two camps: those who didn’t believe it and even tried to shame Justine and her father for “showing off” while Bill took someone’s life and put other people through trauma and suffering, and those who did believe. Later, the man elaborated on what he did and honestly answered questions about his past mistakes that landed him in prison.

Bill claims that, prior to his incarceration, he was known to be under the influence of alcohol and drugs, divorced from his wife, and living with his mother and stepfather. Bill was sentenced to 25 years in prison in 1999 for assassinating his stepfather. He was then released from the institution this year after 22 years behind bars. He maintained contact with his two children throughout this time until Justine arrived to pick him up from prison

The Lorance family’s personal story was also helpful to many others who had gone through similar situations. Their example demonstrated to many that people who have made poor decisions in the past can learn from their mistakes and grow into better people. The father revealed in their life video “sessions” how horrible he felt when he realized what he did 22 years ago, and how much effort he will have to put in to get his life straight.

Despite the fact that this family story divided people into two camps, the majority of them were pleased that the woman had the opportunity to reconnect with her father

Some of the comments were negative, stating that the family should keep quiet.