Home Beauty Ibiza’s Peaceful Side? We’re Crazy About It! Forget The Nightlife; Those In... 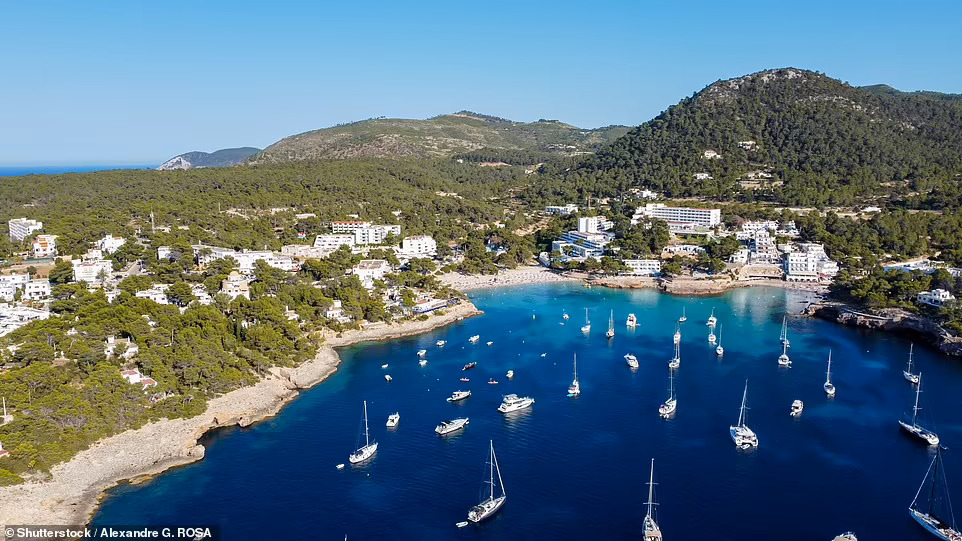 The aroma of grilled sardines wafts over tiny Cala Mastella, where pine trees line a shingle beach and the water is as clear as glass. A chalkboard outside the small bar, known as a chiringuito, advertises its simple menu, which includes sole, sardines, and calamari fresh from the sea.

A chiringuito lunch; treks to hidden coves; a visit to a mountain-top winery; a hike through pine-forested hills; Dinners in restaurants hidden in the heart of Ibiza Town – relaxing experiences like these are now synonymous with the island. Ibiza’s new visitor values slow travel and is eager to discover hidden gems on the White Isle.

On weekends, locals flock to their favorite cove to swim and picnic. Many of these have remained off the tourist radar because they are easily missed or require effort to reach—found at the end of unmarked twisting roads or at the bottom of rocky paths, for example—so it’s best to explore them with a guide.

Ibiza’s new visitor values slow travel and is eager to discover hidden gems on the White Isle. One such hidden gem is tiny Cala Mastella, where pine trees line a shingle beach and the water is crystal clear.

Discover Ibiza, an Ibiza directory, organizes bespoke tours that visit many of the island’s off-the-beaten-path highlights.

Each cove, or cala, is unique, such as the horseshoe-shaped Pou des Lleo, which is surrounded by red cliffs, or Cala d’en Serra, which has dazzling turquoise waters flanked by fishermen’s shacks and a chiringuito that serves hearty tuna salads, generously stuffed bocadillos (sandwiches), and seafood platters. After lunch, climb the hill to the abandoned hotel, where graffiti artists have transformed it into a magnificent outdoor gallery with dizzying sea views.

Walk along the cliff path through pockets of pine forest from Portinatx to the striking black-and-white spiral-striped Punta Moscarter lighthouse. It was built in 1977 and became an unlikely location for illegal raves in the 1990s, but now tranquillity reigns and on a clear day you can see as far as Majorca, 71 miles away.

A 20-minute descent through bushy scrubland scented with wild lavender and rosemary brings you to the gravelly cove of Cala es Canaret, which is rarely mentioned in guidebooks or depicted on maps of the island.

The striking black-and-white spiral-striped Punta Moscarter lighthouse, pictured on the left, became an unlikely location for illegal raves in the 1990s, but tranquillity now reigns.

Each Ibizan cove, or cala, is unique, such as the horseshoe-shaped Pou des Lleo (pictured), which is surrounded by red cliffs.

A 20-minute descent through bushy scrubland scented with wild lavender and rosemary leads to the gravelly cove of Cala es Canaret near the village of Sant Joan (pictured).

It comes as a surprise, then, to walk through the manicured gardens of a private villa built across a public walkway. Local authorities crushed the owner’s hopes of claiming the beach as his own, and this slice of paradise remains open to all. It’s a beautiful place to swim and snorkel in underwater meadows (a Unesco World Heritage site protected for biodiversity) that are home to nine different species of Mediterranean seagrass, including the native Posidonia oceanic.

Aside from the fantastic Japanese-Peruvian fusion food and chic accommodations, the stylish Nobu Hotel Ibiza Bay is located on Talamanca Bay, a little away from the frenetic energy of Ibiza Town.

A stay here is a lovely option for families or those looking for a gentle introduction to the famous Ibizan vibe. Another big draw is the opportunity to book one of the hotel’s experiences, such as guided hikes with Manuel from Ibiza Hike Station. These can lead you down smugglers’ routes, into hidden caves and abandoned pirate hideouts, or e-biking past flamingo-infested salt flats.

A Deluxe Sea View room at the elegant Nobu Hotel Ibiza Bay, located on Talamanca Bay, away from the frenetic energy of Ibiza Town.

A favorite is a visit to the organic hilltop winery of Ojo de Ibiza, which is located in the least populated and most rural of northern landscapes, with winding roads cutting through roll after roll of densely forested hills and hardly a house in sight.

The grapes are grown on ancient stone terraces high above the sea. Dieter Meier, the former frontman of ’80s electro-pop group Yello, whose motto as a vintner has become: ‘Out of nothing, everything,’ resurrected the land. He makes Ojo de Ibiza here, which he serves at tastings with sweet local manchego cheese and salty Iberico ham.

Go at sunset to watch the sky change from tangerine to milky apricot as the last rays of the sun sink into the Mediterranean.

The ‘chic accommodation’ of the Royal Suite room at Nobu Hotel Ibiza Bay is shown above.

A stay at Nobu Hotel Ibiza Bay is an excellent choice for families or those looking for a gentle introduction to the famous Ibizan vibe.

Make sure to try the fantastic Japanese-Peruvian fusion cuisine at Nobu Hotel Ibiza Bay. The hotel’s Nobu restaurant is shown above.

A tapas trail with Ibiza Food Tours takes you into the less-explored nooks and crannies of Ibiza Town, down small streets that appear to lead to nothing special, only to discover a gourmet gem.At the Ibiza Food Studio, which showcases all that is seasonal and organic from the island, try oysters topped with a minty fresh granita. Without even a sign above the door, it has the feel of a private dining club. Can Gourmet follows, serving warm crusty bocadillos stuffed with local spicy sausage doused in honey.

Stop for a while at Plaza del Sol on the fortified hilltop of Dalt Vila, high above Ibiza Town, to order a glass of white sangria and take in the local scene.

The place is lively, despite the fact that it is surrounded by 16th century walls and shaded by plane tree canopies. In true Ibizan fashion, lovers, friends, and families dine late, and the air is filled with lively Spanish conversation. A happier scene would be difficult to find

The Photographer Captures the last Moments of a Family Just Hours...

What Are The Differences Between True Love And Attachment?

This Maine Coon Cat Is So Big That Many People Initially...