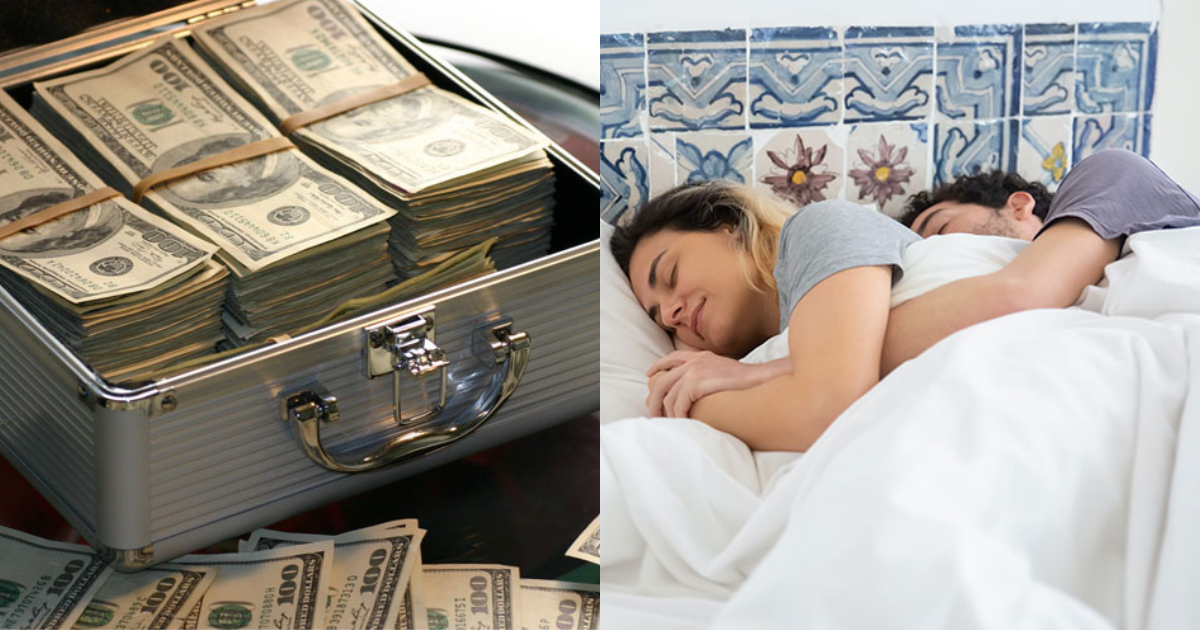 Having a partner who talks in their sleep adds an exciting new dimension to your daily life. It’s 3 a.m., and your sleepy companion is babbling incoherently or delivering lengthy midnight monologues. You keep waiting for them to reveal some shocking information, but instead, they just murmur some reassuring platitudes and go back to sleep. They had no idea what transpired till dawn.

Funny, off-the-wall things can come out of your mouth in the middle of the night if you’re prone to sleep talking. Usually. Because every once in a while, a close friend or family member may say something so out-of-the-orthat you’ll be left bewildered. Someone reached out to the Reddit community and requested counts of the most disturbing, bizarre, or just plain strange things a sleeping partner has ever uttered. The people have spoken, and this is what they said.

We have put up a fun collection of short stories, ranging from “I’m your fan” to “Open the window, Abigail, I’m roasting like a meatball!” So wrap yourself in a warm blanket and get ready to laugh

I woke up restless and hot, turned on the AC. Husband appeared to wake up too. He sat up and said “I’m your fan”, and waved his hands like a fan, and then laughed at his own joke and went back to sleep. Did not remember it in the morning.

I crawled into bed when she was asleep, she reached over and grabbed my arm. She snuggled my arm a bit and I thought it was sweet…

Until, with a thick Russian accent, she says “I BREAK YOU” and acted like she was snapping my arm.

Edit: while I appreciate all of the attention this post is getting, I need to inform you all that my wife would REALLY appreciate it if I stopped trying to “activate her” with random words. Thank you.

My freshmen year of school I lived with two guys in a dorm room that talked in their sleep. They wouldn’t just talk though, they’d have separate conversations with each other.

They have no memory of this.

completely at random: “OPEN THE WINDOW ABIGAIL IM BURNING LIKE A MEATBALL” we don’t even know an Abigail.

It was me. Wife was getting ready for work in the morning. I was asleep. She kissed me goodbye. I then said, out loud, “boy, I sure hope that was my wife.”

Like there are random women sneaking into my bedroom to give me kisses.

Edit: She did not think I had side women. She thought it was hilarious. I do sleep talk sometimes, mostly gibberish, like word salad-type stuff.

My wife swears up and down, that while she was reading before bed, I said: “I see you didn’t bring the bag of leaves, so I know you’re not serious.”

Rolled over once to snuggle my sleeping husband and he pulled away from me growling “don’t touch me I’m married!” He got lots of brownie points.

Edit: whoa thanks for all the love guys. Hubby used to be a baker who did farmers markets and he’s pretty hot (if I do say so myself). All the lil desperate housewives would hit on him so I would imagine that was a practiced line in his head.

I also never told him what he said…. he just got some extra favors whenever I thought about it.

I’m the one who does the sleep talking. My fiancé woke up and saw me petting the blanket and referring to it as our dog who had recently passed.

Not a partner but my brother. He spoke English.

This is noteworthy because we had only adopted him from Romania 3 months earlier knowing zero English. He spoke better English in his sleep than while he was awake.

I was told by my fiancé that he came to bed one night after I had fallen asleep and started rubbing my back, which apparently prompted me to sleep-say “This just in! Local boy massages.. other local boy!!”

I am a 26 year old female but that night I was a young 19th century newsboy at heart.

One of my friends little brothers came into the room where we were sleeping when he was sleepwalking. He kicked open the door and said,

“[friend’s name]! Did you tell mom abou the soup thing?” To which my friend replied,

“You know, the thing with the [strangled screaming noise] and the [bird noise]!” Then he stood there for a minute before leaving

One time while sleeping I grabbed my partner by the shoulder and told her “hey, people are just stacks of years” like it was the most important thing in the world.

“The money is hidden off the road by the Indian Reservation.” I tried to get her to talk more but she mumbled something I couldn’t understand and went back to sleep.

My girlfriend would be stressed about work, talking about speed sheets and emails. I would answer her and say the most outrageous things.

We both talk in our sleep but I think this one was so far the weirdest.

One night he started giggling and I asked him why he’s doing it. Then he just replied with “I want to tap your teeth and make them go ‘hello’!”

Still no idea what that meant.

Just remembered another one that was very weird.

One time in his sleep he started making very weird, distressed noises. I asked if he was having a nightmare and he told me he’s in a war with colanders, trying to rip them apart with his bare hands.

My ex wife once said “We’ll see how f*****g funny you think it is when you’re dead” in the middle of the night. Not mumbled. Fully articulated in a calm voice. Scared the s**t out of me.

Current wife once indignantly shouted “I can’t poop here! Everyone is watching!” And I do mean shouted. I cannot imagine how I would have reacted had I been asleep. As it was, I was playing with my iPad in bed while she slept and I about jumped out of my skin.

Also, he studied so hard for an organic Chem final a few semesters ago that in the middle of the night he dead a*s said – “Aldehyde” at a louder than normal talking volume. I still get a good laugh at this

My roommate sleep talks almost every night and I once walked in on him sobbing. Full on bawling.

I asked if he was good and he said in the calmest voice “yeah sure I just wanted to see it to the end”…. he doesn’t remember it one bit.

The runner-up was when he burst into laughter and then said “why did none you try to chop my head off just then?”

It’s not something he said, he sort of mumbles when he talks, but it’s the sounds he makes. Sometimes he giggles like a little girl; which is terrifying.

The worst was when he sat straight up and gasped super loud while staring at the wall. I asked what was wrong, but he was asleep. Meanwhile, I couldn’t go back to sleep because I was so scared.

The Worst Things Guests Have Done, According To The Members Of...