Home Creativity I Made A Documentary About Life In Jakarta’s Slums. 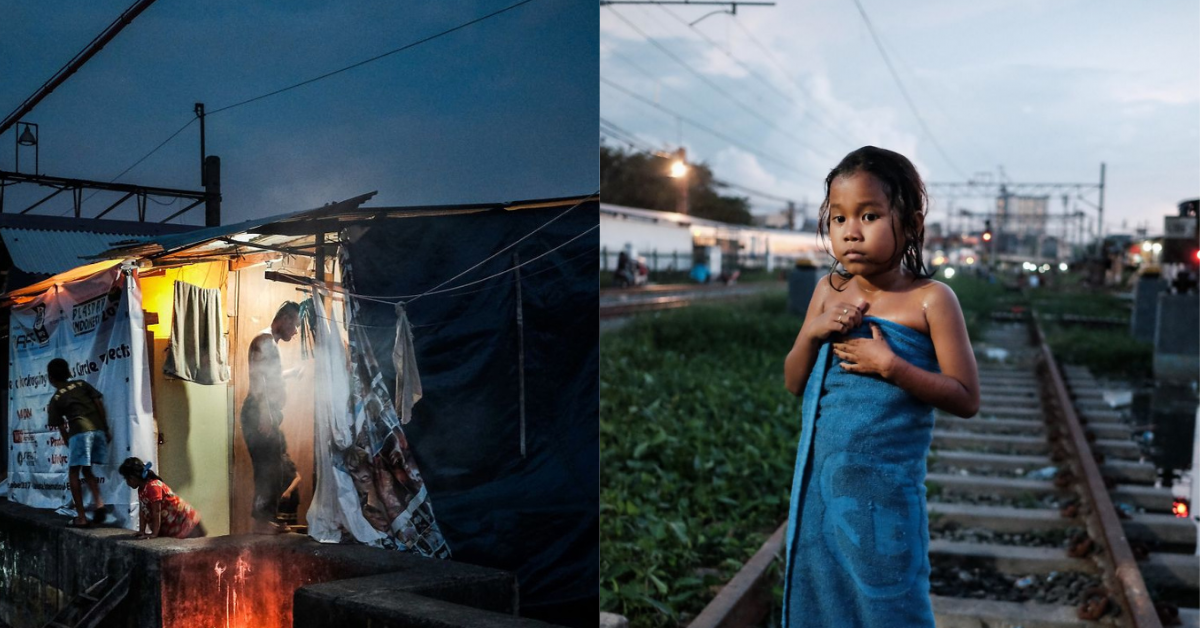 What is it like to live beside the railroad lines when a train goes by every ten minutes and your house is only a couple of meters from the tracks? People who live in the slum regions of Jakarta, which is the capital of Indonesia and is seeing significant population growth, see this scene on a daily basis. The city is already overpopulated.

#1 After a long day at work, Jonathan is seen here cuddling his newborn daughter, who is one month old.

He used to earn money by busking on the streets with his guitar before having a child, but he now works for a construction firm in order to provide for his family’s financial needs. He lives in a little house next to the train lines in a quiet neighborhood.

#2 Evening In A Slum

#3 Rather than throwing away plastic, this woman collects and recycles it.

It is possible for her to earn up to five euros per day on excellent days. It’s a widespread practice in slum areas to extort money from those who live there.

#4 A woman relaxes on the railway tracks while a passing train is only a few meters away.

#5 Kids are playing on the railroad tracks next to their house. The only place they can play

#6 After taking a shower, a young girl dries herself. People bathe with water from a small well next to the tracks because there aren’t many facilities in the slum.

#7 People live in small shacks that they built themselves or rented from someone else. A small room costs an average of 20 euros per month to rent

#8 In a slum near Jakarta Kota Train Station, children are playing with fire on live railroad tracks. To them, it’s the only place to play.

#9 In Her Grandchildren’s Little Room, a Woman This tiny apartment is home to a family of five.

#10 Chess is being played very next to the active railroad tracks by a group of men. Every 10 to 20 minutes, trains pass through.

slum area. These materials are put to good use in the construction and maintenance of their residences. In addition, there is a lot of recyclable stuff that can be sold by individuals.

#12 In a Jakarta Slum, Muslims are gathering to pray in a mosque.

#13 Muslims Are Praying In The Mosque Besides The Railway Tracks

Aris never attended school and has no knowledge of the English language. In order for him to get a better job, it will be extremely difficult for him. His daughter recently dropped out of school and is now working at a nearby restaurant. Her monthly salary is a meager 30 euros.

#15 Small Alleys Of The Slum Area After Sunset

to go to work and spends the entire day collecting money. Walking 20-30 kilometers a day is no problem for him

#17 Transgender In Their House

In conservative Indonesia, it is hard for transgender people to be accepted and have rights. Most of them live in one of Jakarta’s slums.

#19 In a slum area next to Jakarta Kota Train Station, a woman with only one leg is walking on the active railroad tracks