Home Creativity I Took Portraits Of People Whose Minds And In Many Cases Their... 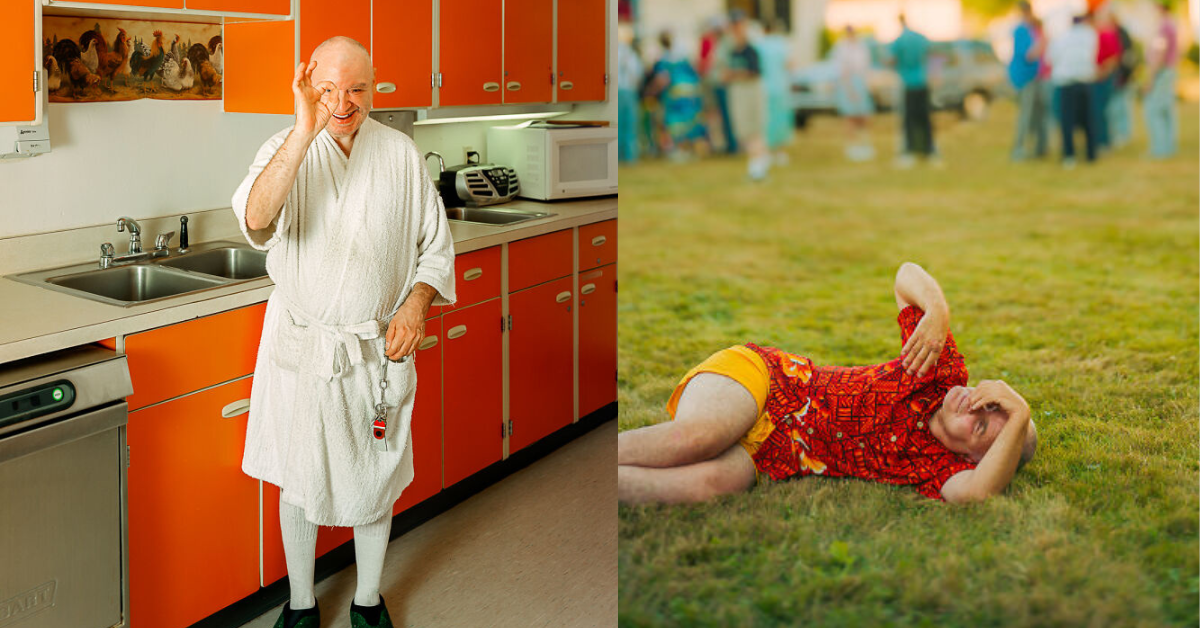 A friend of mine told me about the Rainier School while we were out drinking. I was told that a resident who had developmental disabilities was kept in a dungeon and treated like an animal. I was shocked to hear this. I felt compelled to learn more about the enigmatic individual. After some time, I was able to earn the trust of the school, and then I started working while carrying around a cumbersome 8×10 camera. It was discovered that there was no unknown beast imprisoned in the dungeon. Even a dungeon was not available to them.

The Rainier School is an institution run by the state for the care of children and adults who have developmental disabilities. It is located not far from Seattle, at the foot of the majestic Mount Rainier. At the Rainier School, there is no sign of the “school” that used to be there. There are no people of young age. A significant portion of the population has spent their entire lives in that location. Their bodies, and in many cases, their minds, have turned against them and betrayed them. This sprawling campus, which includes a pool, bowling alley, restaurant, and its very own farm, is currently home to only about 370 people, which is approximately 20 percent of its peak capacity. The majority of its current residents are senior citizens.

My goal was to document the closing days of a school that had been converted into a retirement home. It is similar to a prison in that it is strictly enforced and watched over. In yet another, it takes the form of a quaint country club. The Rainier School, along with many other establishments of a similar nature, has fallen victim to the fact that we are moving away from the practice of institutionalizing people who have developmental disabilities in today’s society. These pictures signify the conclusion of a significant public commitment as well as the one-of-a-kind culture that it fostered.

Long before I arrived, the Rainier School was mostly deserted and locked up. Other similar institutions, I believe, have gone out of business. Although many people would not be sent to a living facility in today’s day and age, my understanding is that some still require it. In other words, I don’t think institutions will go away completely just because they won’t look like large campuses anymore.

In the course of my travels, I encountered a number of people with disabilities. Some appeared to be outgoing, upbeat, and content. Others, on the other hand, aren’t so sure. It was sad to meet people who seemed to spend all their time in their heads. Everyone was unique in their own way.

I’d previously taken pictures of people confined to institutions (Captured Youth). Those incarcerated teenagers were not at home, and they had no connection to the state-sponsored environment in which they were being held captive.

The Rainier School, in the eyes of its residents, was a home away from home. As a result, instead of photographing subjects isolated against a black background, I now place them in their natural habitat. All in all, I had a positive and encouraging experience at Rainier School.

The Evergreen State College’s photography department employed me for most of my adult life, and I’ll be leaving in 2020. I’m still available to teach on occasion. My work can be found in a number of prestigious institutions, and I exhibit it whenever and wherever I can.

The majority of my recent work has dealt with people who are either institutionalized or under the control of the state. The work of intellectually disabled people has always interested me, but how did that happen? I’ve photographed incarcerated males and females as well as functionally disabled people.

Portraits of my quarantined covid neighbors from the spring of 2020 are among my more recent projects, as is a collaboration with an inmate who asked me to photograph the “less fortunate” homeless so that he could make drawings.

I’ve been photographing the American West for a long time as well. My ancestors founded a small town in east Texas, and I wanted to visit and photograph it. I was curious about the current situation in the country where they were still in the business of owning slaves. Covid, on the other hand, decided to postpone those plans.