Home More Influencer Shows The Truth Behind Those “Perfect” Instagram Photos With Her 30... 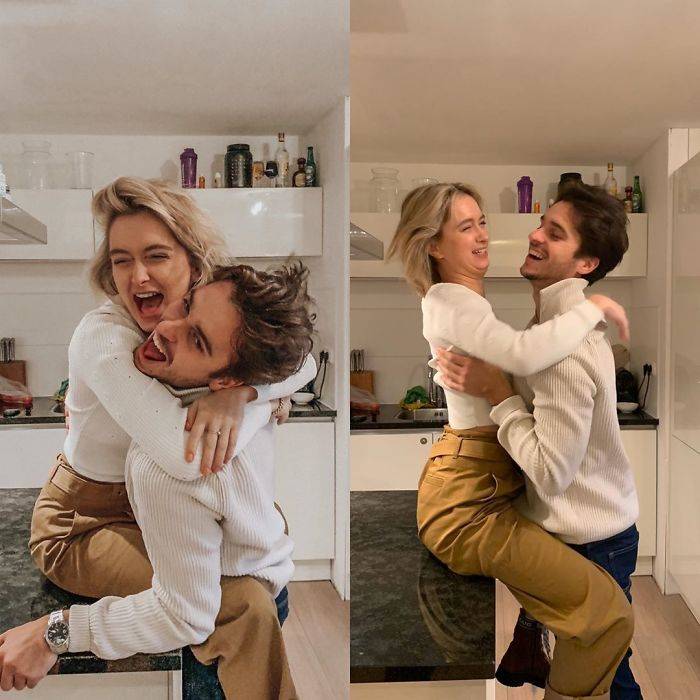 People love to look at the glossy photos of Instagram influencers with awe and envy, but one Instagrammer decided to be honest with her followers and remind them that not everything online is as it seems. Rianne Meijer, an Amsterdam-based vlogger, has 353k followers and a lot of beautiful photos that show her life of fashion and travel. Meijer also said that the key to a great photo is all about the angle.

In a series of photos taken next to each other, she showed magazine-worthy poses next to hilariously natural photos of herself in the same outfit. Meijer wrote in the caption, “So while I was waiting at the Berlin airport, I thought there was no better way to pass the time than to keep it real.

” This isn’t going to be a long, sad story. It’s just a quick reminder that every picture you see on my account is one of a hundred, and getting the right angle, lighting, and filter was key. There’s nothing perfect about me or about my life.

Researchers have noticed that social media has become a big part of our lives. Even though it might seem obvious, scrolling through Instagram and putting yourself out there for others to see has contributed to a bad view of the body. Don’t believe it? In 2016, a systematic review was conducted with 20 papers as proof.

Research on social media, body image, and beauty standards shows that who we compare ourselves to online has a big impact on how we feel about ourselves.

Jasmine Fardouly, a postdoctoral researcher at Macquarie University in Sydney, Australia, told the BBC that people often judge themselves to be worse-looking than people they see on Instagram or other platforms.

“A survey of 227 female college students found that women tend to compare their own looks negatively with those of their peers and celebrities, but not with those of their family members. “Distant peers, or acquaintances, were the best comparison group for body image worries.

When it comes to how they make us feel, not all pages are the same. Researchers found that looking at “fitspiration” pictures, which often show beautiful people working out or at least pretending to, might make you harder on yourself.

Amy Slater, an associate professor at the University of West England, Bristol, published a study in 2017 in which 160 female undergraduates saw either #fitspo, self-compassion quotes, or a mix of both, all from real Instagram accounts. People who only looked at #fitspo did worse on self-compassion tests, but those who looked at quotes like “You’re perfect just the way you are” were nicer to themselves and felt better about their bodies than those who only looked at #fitspo.