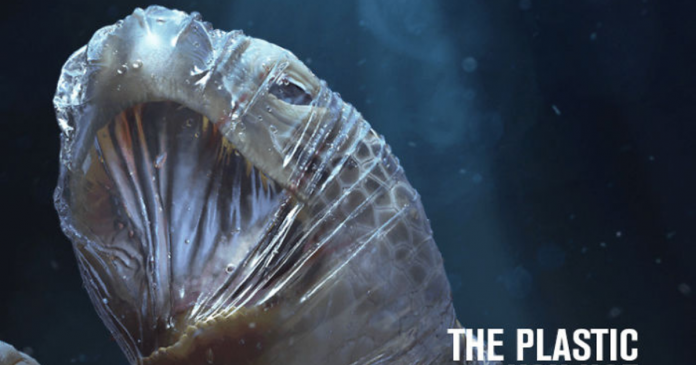 You might not think that using one plastic fork during your lunch break could have a big effect on the world, but if all 7.7 billion people did the same thing, it would be a scary picture. Simply put, we are swimming in plastic trash.

On the bright side, it seems like more people are interested in saving our planet now that more people know about environmental threats, climate change, and the fact that humans are a big part of the problem. All of the positive environmental movements around the world, like the #trashtag challenge, give us motivation to join the fight for a better future.

The international non-profit organization Sea Shepherd Conservation Society (SSCS) is trying to combat ignorance and make the world a better place. Its goal is to protect ecosystems and ocean animals by fighting against the destruction of marine wildlife. The group worked with the advertising firms Tribal Worldwide, Sao Paulo, and DDB Guatemala to make a shocking campaign about plastic pollution. Two marine animals, a turtle and a seal, are shown on 3D posters suffering from the horrible effects of ocean pollution. The posters say, “The plastic you use once tortures the oceans forever.”

“Unfortunately, a small, thoughtless thing we do every day can damage nature, and we might not even know it.” Guiga Giacomo, Executive Creative Director at Tribal Worldwide So Paulo, said that the idea behind the social ad campaign was to fix this problem by reaching as many people as possible and letting them know that we can prevent terrible things like this from happening by taking small, easy steps.

Sea Shepherd teaches people about the harmful effects of plastic on the oceans, gives useful tips on how to use less plastic in everyday life, and cleans up beaches around the world as part of “Operation Clean Waves,” all while working with scientists to make a bigger difference. Scientists say that by 2050, more plastic will be in the oceans than fish. Sea Shepherd’s founder and president, Captain Paul Watson, says, “Sea Shepherd is committed to stopping this from happening because if the oceans die, we die.”

30 Times When People Took A Picture And It Turned Out...

Woman Who Works A Full-Time Job Gets Called “Housewife” By Her...

20 Pictures of Unexpected Things in Fridges From This Online Group

Illustrator Captures the Joy of Solo Life in 30 Delightful Illustrations