Home Beauty The Star Of “Crouching Tiger, Hidden Dragon” Plans To Give His $700... 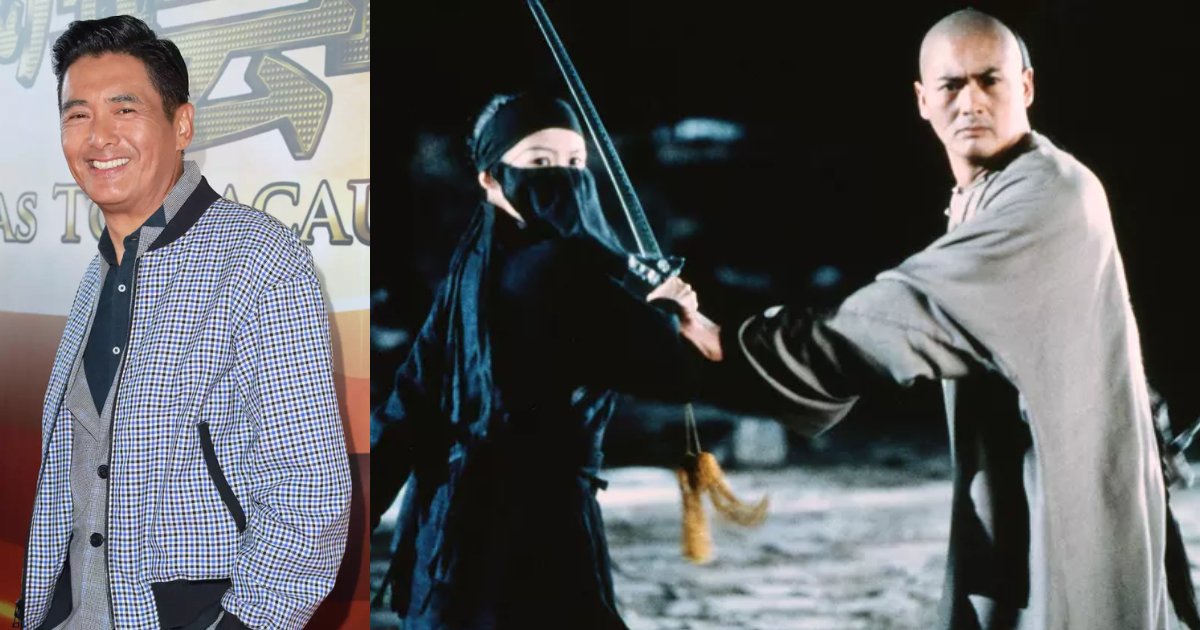 Chow Yun-fat, who lives a simple and happy life, wants to give his $700 million fortune to charity, according to the Hong Kong movie site Jayne Stars.
Chow Yun Fat was born in Lamma Island, Hong Kong. His mother was a cleaning lady and vegetable farmer, and his father worked on a Shell Oil Company tanker. Chow grew up in a farming community, in a house without electricity.
He got up at dawn every day to help his mother sell herbal jelly and Hakka tea pudding on the street. In the afternoons, he went to work in the fields.

When he was 10, his family moved to Kowloon, and when he was 17, he quit school to help support his family by doing odd jobs like being a bellboy, postman, camera salesman, and taxi driver.

After college, his life started to change when he answered an ad in the newspaper and a local TV station accepted his application to become an actor-in-training. He got a three-year contract with the studio and made his acting debut.

Chow became a heartthrob and a familiar face in soap operas that were watched around the world.

The 63-year-old Chinese actor said in an interview this year that he plans to give his entire fortune to charity.

Chow has been in the movie business for more than 40 years. He is best known in Asia for his work with director John Woo on the heroic bloodshed movies “A Better Tomorrow,” “The Killer,” and “Hard Boiled,” and in the West for his roles as Li Mu-bai in “Crouching Tiger, Hidden Dragon” and Sao Feng in “Pirates of the Caribbean: At World’s End.”

One could be forgiven for thinking that Chow Yun Fat, with all of his money, lives a luxurious life, with expensive cars and huge mansions.

Instead, chow is shown to be pretty cheap. He often takes public transportation and does volunteer work rather than spending money on himself.

Even though Chow Yun Fat is very rich, he is said to live a very simple life, spending only $800 HKD a month on himself. That’s a little over $100 US.

He had his first-generation Nokia phone for more than 17 years before he switched to a smartphone two years ago, only because his Nokia stopped working.

Chow is never flashy, so he can often be seen shopping at discount stores. He explained, “I don’t wear clothing for other people. As long as I think it’s comfortable, that’s good enough for me. “

Chow spends his free time doing healthy things like hiking and jogging, and when he is recognized, he is happy to stop and pose for the cameras.

Chow’s wife, Jasmine Tan, has talked about his wealth and how he plans to give it to different charities. Tan agrees with Chow’s decision to give his money to different causes.

When asked why he was giving away his fortune, Chow smiled and said, “The money is not mine. I’m just keeping it safe for the time being. “

Adding that money is not the source of happiness, he said, “My dream is to be a happy, normal person. The hardest thing in life isn’t how much money you make, but how to keep a peaceful mind and live the rest of your life in a simple and carefree way. “

The Photographer Captures the last Moments of a Family Just Hours...

I Copied Kim Kardashian’s Outfits In Two Ways To Show That...

People On The Internet Share 35 Amazing Pictures That Were Taken...