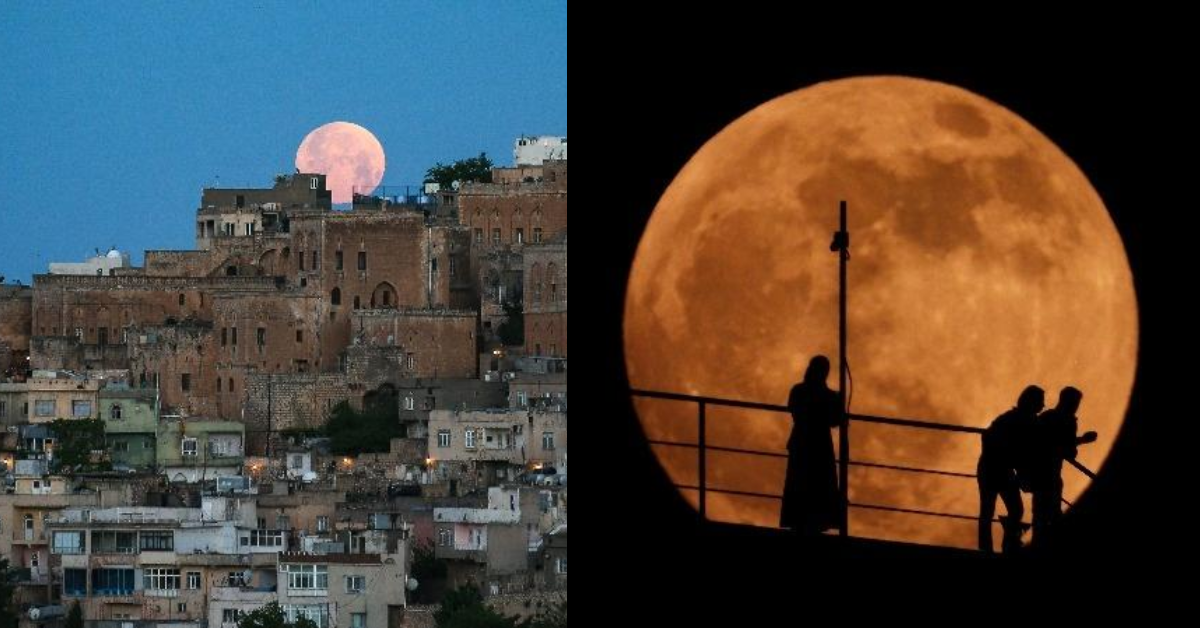 One of the most spectacular celestial phenomena of the year, the “Blood Moon”, also called “Flower Moon”, the lunar eclipse, dazzled the world this Monday, May 16, 2022.

The event offered a dazzling, “bloody” spectacle in the sky where observers saw a moon totally eclipsed by Earth’s shadow and turning red (a phenomenon known as a “blood moon”). Here are some of the best photos of the 2022 Super Blood Moon Lunar Eclipse from around the world:

A full moon rises behind an apartment building during a lunar eclipse in Singapore.

A breathtaking view of the full moon on the occasion of Buddha Purnima behind the Buddha statue in Lumbini Park in Visakhapatnam.

The full moon is seen before a total lunar eclipse in Caracas.

A stunning lunar eclipse view begins as the full blood moon sets over the foothills of the Taunus Mountains near Frankfurt, Germany

The first blood moon of the year can be seen behind a cyclist in Irwindale, California.

A full moon in 2022 rises over the historical center of the stone city of Mardin in southeastern Turkey.

A lunar eclipse covers the moon as it rises past a statue atop the Liberty Memorial Tower at the National World War I Museum in Kansas City, Missouri.

A full moon is known as the “Flower Moon” rises above the iconic Haghia Sophia in Istanbul, Turkey.

During a total lunar eclipse in Canta, east of Lima, Peru, the blood moon is seen

The moon is seen through the clouds behind the RT70 radio telescope in the Crimean village of Molochnoye.

The moon during an eclipse above the Salgo Castle is viewed from Salgotarjan, Hungary.