Home Creativity Surrealist Transformations are Achieved by the Makeup Artist by Using her Own... 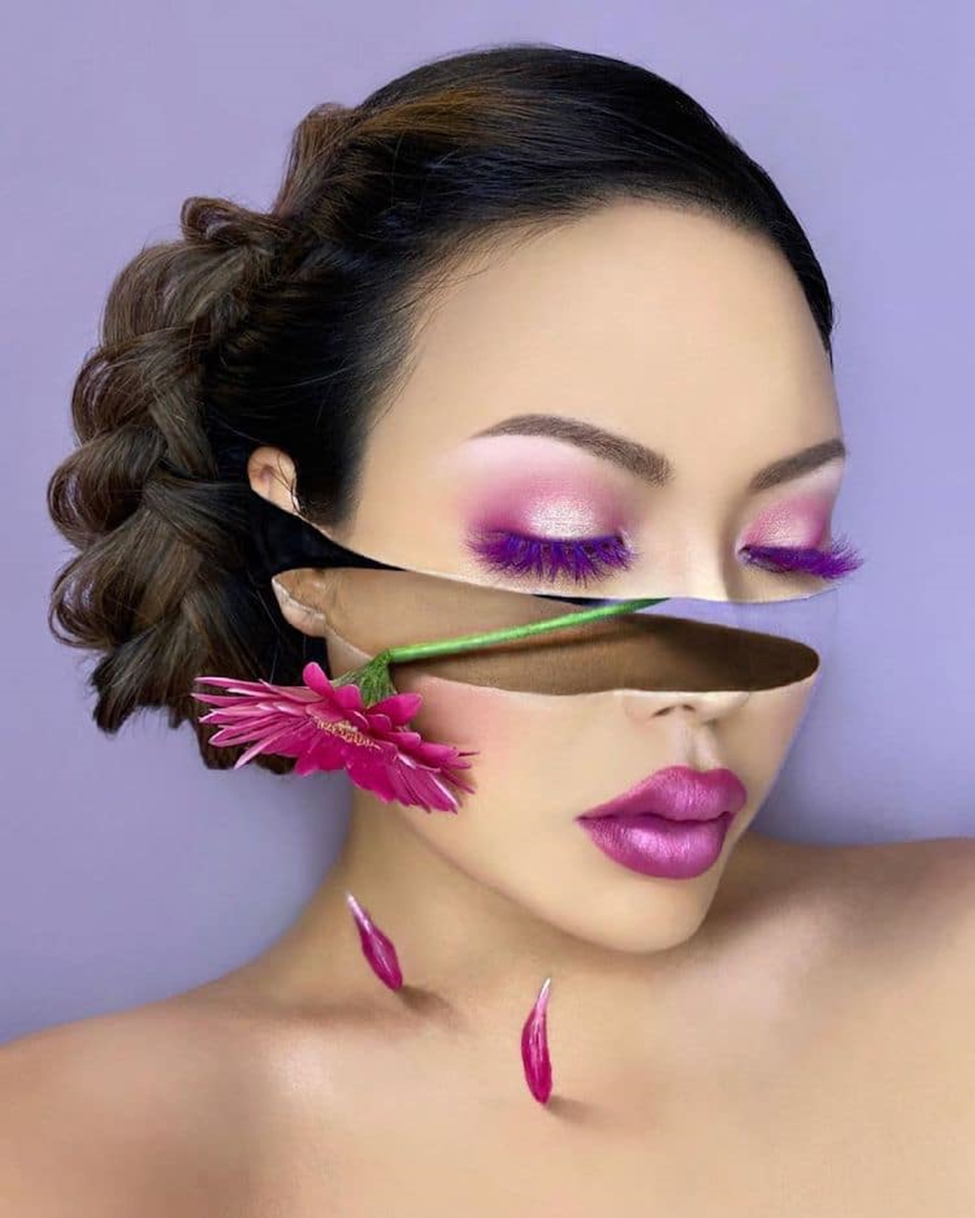 We’ve all come across an optical illusion that has deceived our eyes, but how many of us have seen one that has deceived someone else’s eyes? Mimi Choi, a makeup artist located in Vancouver, uses her abilities to morph her own face into mind-boggling visuals that appear surrealist paintings. Even if you look closely at the photographs, it is difficult to discern how she achieves these visual illusions.

Choi’s imagination appears to know no bounds when designing new appearances, whether they are amusing, whimsical, or even a little frightening at times. In each of these, however, she takes the time to meticulously paint her face in ways that imitate reality. She uses the background to help heighten the impression of the illusions she is attempting to create. Take, for example, Choi’s post on Pi Day, in which she shows herself taking the final slice from her brain. To help the spectator focus on the remaining portion of the “pie,” the rest of her head has been painted to merge into the blue sky wallpaper behind her.

Continue reading for more fantastic illusions, and follow the artist on Instagram for even more insight into her creative process.

Consequently, her face is transformed into an optical illusion

I Rephotographed Kurt Hielscher’s Photographs To Demonstrate How Things Have Changed...