Home Beauty These Rare and Adorable Orchids Have the Exact Appearance of Tiny Monkey... 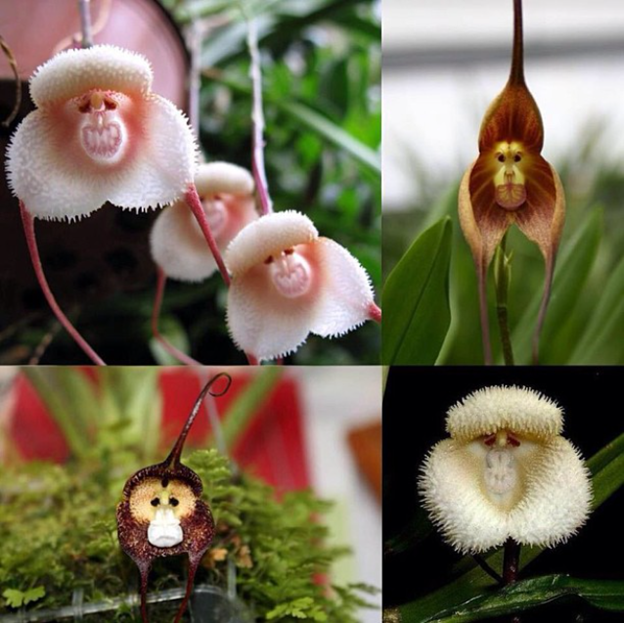 Most people enjoy being in an environment where there are flowers, but keeping house plants alive is not always the easiest of tasks.

When you move something blooming beautifully in one corner of your home to another, it may suddenly begin to wilt.

The addition of house plants to your home can not only brighten up any gloomy corner of your home, but they can also help improve the air quality in your home by lowering levels of carbon dioxide in the air, increasing levels of oxygen in the air, and assisting in the removal of harmful toxins.

When it comes to gardening, those of us who are new to it may want to start with something that doesn’t require a lot of water and is easy to maintain.

Orchids are a popular choice for giving as gifts. Still, they have a bad reputation for being difficult to keep alive. Once the blooms have faded away, most of us give up hope that they will bloom the following year again. On the other hand, Orchids are one of the easiest plants to keep alive if you know what you’re doing, and there are over 30,000 different species to choose from, so there’s something for everyone

These monkey orchids are perhaps the cutest of all the orchid species. They have the added bonus of emitting the aroma of ripe oranges when in bloom. Because of how the flower petals and stamens are arranged, this plant has a distinctive look. Because they are scarce and only occur in the tropical highland forests of Southeastern Ecuador, this particular species is not abundant

These charming blooms are known as Dracula simia, which translates to “little dragon monkey” in English. They thrive at altitudes of around 6,561 feet (2,000 meters) and can grow up to 2ft tall when fully mature.

Despite their striking resemblance to our ancestor’s cousins, these beautiful plants are incredibly hardy and produce flowers that bloom throughout the year, regardless of the season.

In 1978, botanist Carlyle A. Lueren discovered the little dragon monkey orchid, which he named after his grandfather. Since then, they have gained in popularity and have become something of a show.

Even though they can bloom all year round, growing these beauties requires excellent effort. They need the opposite care of most plants – cool temperatures and low light.

Experts recommend growing them in moss rather than soil to avoid soil compaction if you’re up for the challenge.

Fortunately, the orchids we have in our homes require little maintenance, except an ice cube twice a week during the growing season to prevent overwatering from occurring.

Placing them on a bright windowsill facing east or west, feeding them once a week with orchid fertilizer, and repotting them in the fresh orchid mix once the blooming has stopped is recommended.

If these charming plants were all around me, I’d have a distinct impression that I was being watched

25 Beautiful Driftwood Sculptures By Debra Bernier Show How Much We...