Home More This Girls-Only Dream Gym Packed With Thoughtful Details Has Some Calling It... 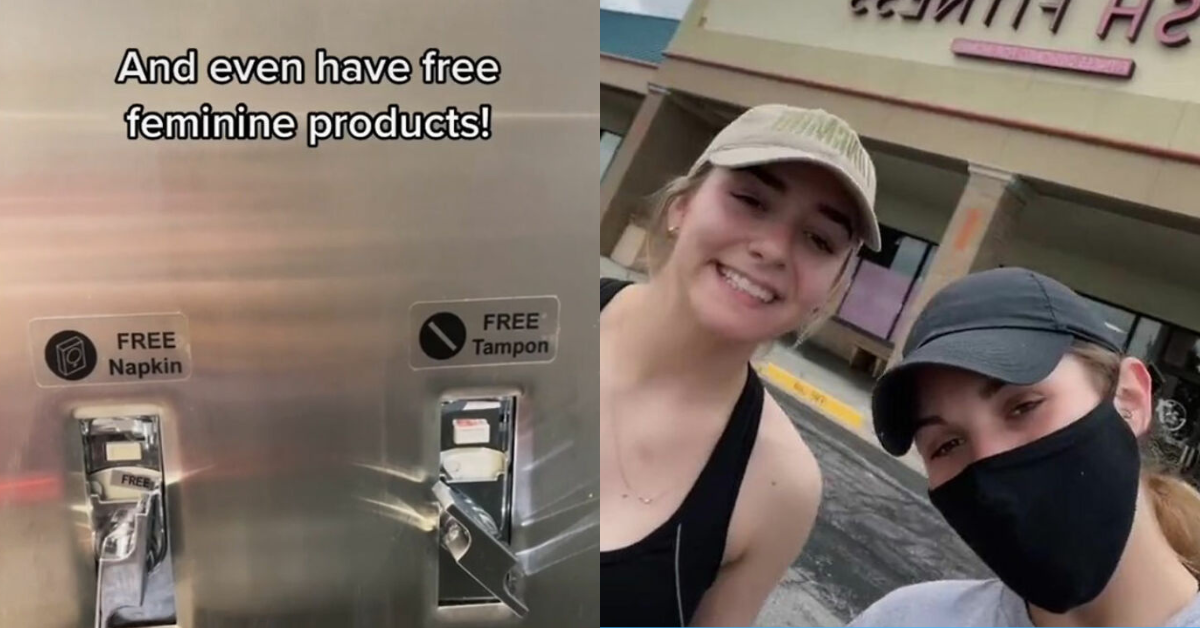 It’s important for us to look and feel our best, so joining a gym is an excellent choice. However, not all women may feel comfortable in the gym with guys for many reasons. A gym in Kansas has devised an ingenious solution to cater to its female members: an all-female facility. TikToker Heather Huesman’s video of it just went viral. Different people had different reactions, and it even sparked a debate about “segregation.”

More than 6 million people have seen the video, which shows off the thoughtful features aimed at making women feel at home and comfortable.

23-year-old waitress Heather chose to write about her experience going to a gym that is exclusively for women’s use.

Women in Overland Park, Kansas, may feel safe and secure at Blush Fitness, which was built with security features in mind. Women-only gyms have existed in the past, but this facility goes above and beyond to cater specifically to women’s requirements. Heather, a 23-year-old waiter who also works out regularly, posted the video to demonstrate her positive experience working out at the gym. As of this writing, the video had over 1.7 million likes and 63.1 thousand comments on TikTok.In the end, she’s delighted that the video went viral because now ladies who were considering starting their own gym can see how profitable it can be. All gyms

for women’s had been mentioned to me before, but I’d never been to one, so I thought this would be a good way to let others know about them.

Nobody can see inside since the windows are tinted.

Using Blush Fitness’ tinted glass entryway, Heather and her companion are able to enter the gym without anyone spotting them. Because the front entrance is secured, only female gym members get access to the facilities around the clock with a key fob. When male employees are in the facility, the members of the gym will be contacted, and they will know exactly what time they will be there.

Members get access to the gym 24 hours a day, seven days a week, using a fob key.

There are a few things that make this gym stand out from the rest. There are vending machines in the restroom for anyone who requires feminine hygiene items. Heather’s caption reads, “The BEST GYM! “, which indicates that she was happy with the facility. There is a pressing need for these everywhere, and coming to the gym is going to be my new favorite place!”

The reason Heather chose an all-female gym was that going to the gym with guys made her nervous, according to Heather. But I was afraid of being judged or scrutinized while I was there, which was the last thing on my mind. The machines are always occupied by men! It’s definitely a need, in my opinion. We see far too many videos of women being harassed or having their photos taken while working out in the gym, and it makes me nervous to go there alone. Most cities should have all-female and even all-male gyms, in my opinion.

A supply of menstrual products is available in the bathrooms at no charge.

Aside from the well-thought-out details, the gym has all the normal exercise equipment.

Discriminatory comments were made against the Blush Fitness facility featured in the film, despite its efforts to ensure safety and take the workout to a new level. Some women have suggested that the rise in the number of these gyms may be attributable to men’s conduct, and that explanation makes sense.

While running Anytime Fitness in 2014, Kelly Gellert and her husband Max came up with the idea of a women’s-only gym, according to Bored Panda. The women in one of Max’s large personal training groups would only do cardio on the days when they weren’t working together because they didn’t want to do weights without him. Because they didn’t feel safe lifting weights on their own, these members all said that men were staring at them and making fun of them. Max started asking the female members how they would want to weightlift if they had the entire gym to themselves. And they all agreed that it was a great idea! We sold our Anytime Fitness a year later and created BLUSH FITNESS, “he says. After only a few months of operation, the Blush Boot Camp chain has grown to five sites (all of which include complimentary babysitting) and nine franchises, and it’s only going from strength to strength.

Women and men alike felt that the notion of an all-girls gym was a great one. Blush Fitness has been mentioned as an excellent choice for Muslim women looking to exercise in a modest setting. Some men, like with many things geared at women solely, were offended by the design, calling it “segregation” and asserting that it was a common practice “60 years ago.” Another said, “This doesn’t seem like equality.”

The criticisms of a women-only gym as “segregation” are unfounded. It’s like Heather says, “They’re simply looking for something to get angry about. The idea of an all-male gym would be fine with me.” Having an all-girl gym makes guys angry because they feel the urge to stare at women as they work out. However, I don’t see why it’s causing such a stir among males, considering it’s all about making women more comfortable at the gym.

The majority of comments were in favor of a women-only gym, but a few men questioned its equality by using the word “segregation.”