Home More Comics This Guide To Farting Is A Must-Read For Every Couple Who Shares... 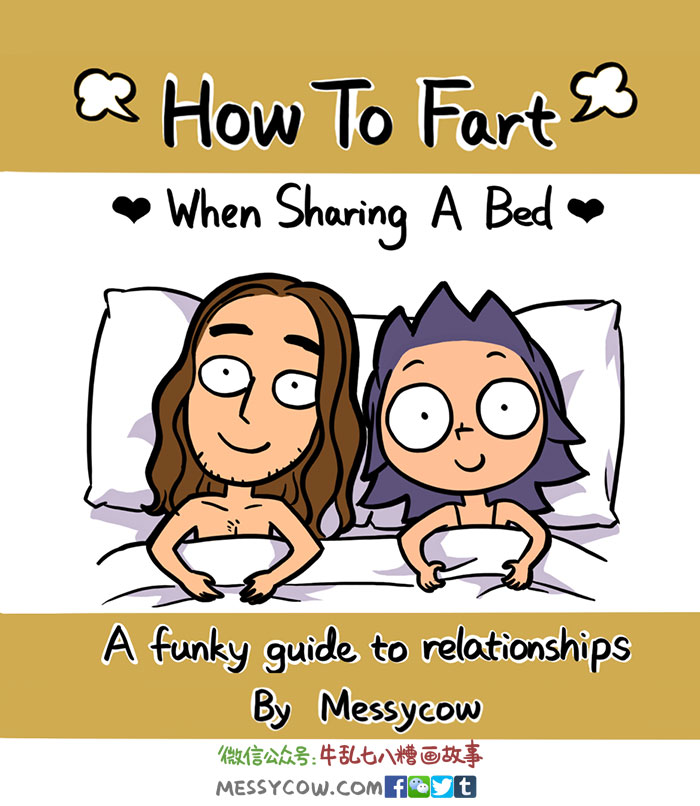 At the beginning of most romantic relationships, we try to look as attractive as possible, even if that means ignoring some of our body’s urges. Like, for example, letting out a fart. Most couples, however, realize sooner or later that they don’t have to go against nature and deny their biology when they share their first fart.

The Chinese artist, Weng Chen, who drew The Adventures of Messy Cow, also thinks it’s fine. To show this, she made funny comics about how to fart for people who share a bed with their significant other. These comics might be more useful than you think.

She said, “Some couples can fart in front of each other after a week, while others won’t do that after 50 years of being together.”

“I think you should care about how it affects your relationship because you don’t want to make your partner dislike you because of smells and fart sounds, and it’s important to keep liking each other in a long-term relationship,” I suggest that you use my funny comics as a guide and test them step by step. If your partner has shown disgust at any point, don’t go any further. “

Someone In This Online Group Asked, “What’s That One Product That...